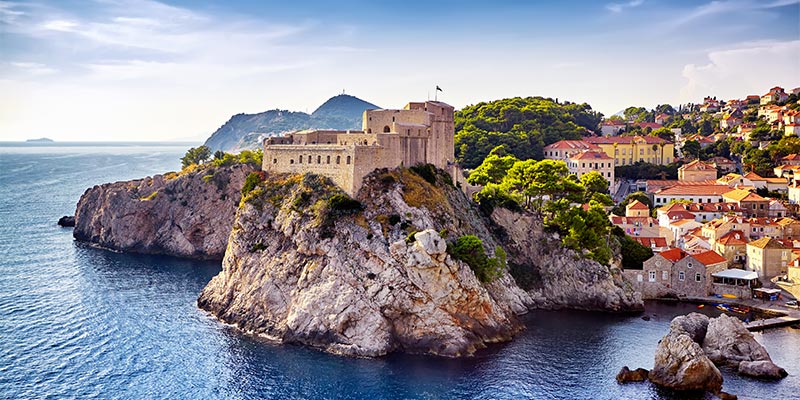 An excellent starting point for your sailing holidays in Croatia is the Istrian peninsula. Along its entire western coast the sailors can visit numerous attractions and historically rich towns, thanks to the many marinas located in almost every one of them. Starting from Novigrad and its lapidarium, you will be taken to the middle ages, afterwards, following Umag, you will reach Porec and its Eufrasian basilica, dating from the 6th century, today is under UNESCO’s protection. On the other hand, Vrsar and Rovinj will offer you unforgettable views on the istrian coast, and don’t forget the Lim’s channel, also known as “the istrian fjord”, and its seafood delicacies. Following on your journey there’s the Brioni archipelagos, a mix of natural and archaeological beauties, and to finish your istrian historical path visit Pula, its roman Arena, the Forum, the arch of the Sergii and many other important sites.

In the area of Kvarner, Velebit and the island of Pag, begins the voyage of the many islands and thus it is the ideal starting point for discovering the eastern Adriatic. From mundane Opatija, after a short journey you will reach the solitary coves of the island of Cres, where you can visit the towns of Cres and its many palaces and Osor, sailing through a channel dig out in roman times. Continuing to the south, along the outer route, the landscape will become greener and the coves ever more numerous but you’ll be also able to visit the sandy island of Susak.
Going back to the inner route, there’s the island of Krk, with the northernmost town of Omišalj, located on a high cliff overlooking the sea. To follow there is Krk, the town of the counts Frankopan, and the nearby Punat with one of the largest marinas of the Adriatic. On your way to the island of Rab, take a final peek to the town of Baška and its unique rocky landscapes.
Arriving to the island of Rab, in its northern part you’ll discover a small geological gem while in the homonymous town you’ll find infinite historical riches. But it’s just when travelling to the island of Pag that you’ll be able to grasp the desolate landscapes of the Velebit – sea, rock and the inevitable sheep – don’t miss Pag’s great sheep milk cheese.

Nautical tourism offers the unique possibility to visit otherwise unreachable places – one of them is the Kornati archipelagos. With its 89 islands it is a heaven for sailors, but Kornati are much more of that: unique land and marine ecosystem, the historical boundary between land and sea and treasury of ethnological heritage. And while the Kornati will follow you along your way to the south, make a stop on the coast as well: in Zadar, the roman metropolis of Liburnia, in Šibenik, the architectonic jewel of northern Dalmatia and sail river Krka’s mouth to Skradin to feel a touch of continental Dalmatia directly from your boat.

Travelling south along the eastern Adriatic your next coastal stops must be Trogir, romanic style pearl today under UNESCO’s protection, than Split, the largest Dalmatian town, born in the palace of the roman emperor Diocletian and Omiš, medieval pirate’s town located on the mouth of the Cetina river. Afterwards, set sail to Dalmatia largest island – Šolta, Brac and Hvar – to feel their aromatic smell, hear their uncountable crickets and taste the best fresh fish. To end this leg of your journey, feel the calm of the solitary island of Vis and Biševo, the outermost island of the eastern Adriatic.

From Vis, the route glides naturally towards Lastovo and than the island of Korcula, with the homonymous town Marco Polo’s place of origin and Vela Luka, where in the nearby Vela Spila, important prehistoric discoveries were made. After Korcula, its time to choose whether to proceed towards the coast and Pelješac, to taste the local wine Plavac Mali or directly to Mljet, the greenest of the Adriatic island, with its unique lakes, its cultural heritage and a real treat for tha yachtsmen – Ulysses cave.
At the end of your journey there’s no doubt where to proceed, apart from short stops to Šipan and Lopud, your destination is Dubrovnik! The medieval city-state, Venetian’s eternal rival, the city of stone, enclosed in its perfectly preserved town walls, the city of Stradun, the most famous Dalmatian street, but also the city of towers, parks, history, theatre and many more… and last but not least, visit the southernmost city of Croatia, Cavtat.