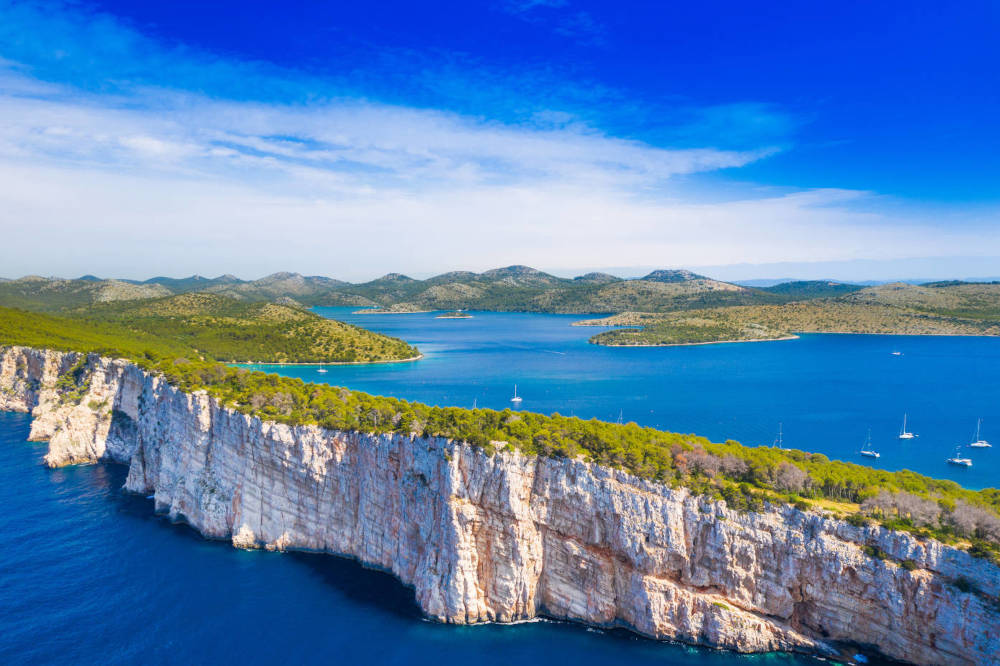 With more than 1,200 islands, islets and rocks, the Adriatic coast is among the most indented coastlines in the world. Renting a motor yacht is the best and easiest way to visit, see and experience the Adriatic Sea and coast. Choose a motor yacht from our charter center and embark on a unique vacation that will remain in your memory. Discover the Adriatic islands, which are decorated with numerous interesting legends. The gods, but also love stories, determined the fate of numerous islands and the people connected to them.

The freedom to explore the island

Renting a motor yacht will give you the freedom to spend your vacation discovering the pearls of the Adriatic Sea and absorbing their legendary past. Our charter center is located in Biograd Na Moru, a small town in the center of Dalmatia where famous Croatian kings dined. This town is located near Kornati, a beautiful National Park with more than 150 islands, islets and rocks that you must visit in order to discover the island's legends.

Kornati created out of tears, stars and breath

There are numerous legends about the origin of Kornati, but two legends are still the most famous. The first one says that God, after creating the world, was left with a fist full of white rocks. He tossed them over his shoulder into the sea with the intention of sorting them out later. However, when he turned around, he was satisfied with what he saw and left everything where it was.

The second is from a slightly more modern time and are the words of the famous writer George Bernard Shaw, who said about Kornati: "On the last day of creation, God wanted to crown his work and created Kornati out of tears, stars and breath."

The Kornati archipelago is only an hour to two hours away by motor yacht from Biograd na Moru. The national park hides indescribable beauty of wild nature, clear sea and rich marine life. The islands of Žut and Kornat are the largest in the archipelago and offer a large number of safe bays where you can swim or anchor. These islands are also known for a large selection of taverns with excellent Dalmatian food. 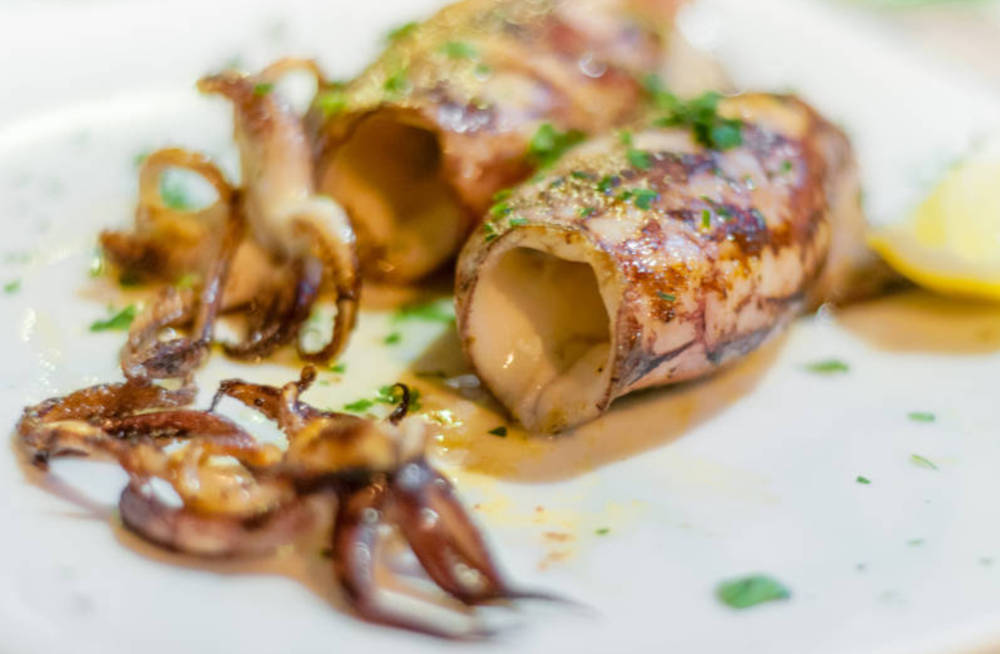 Taste fresh fish, crabs or shellfish and enjoy the finest wine while the song of crickets surrounds you. Sitting like that in the shade, the words and enthusiasm that George Barnard Shaw shared about this piece of heaven on earth will be clearer to you.

Renting a motor yacht gives you the freedom to choose your destination, and our recommendation is definitely a visit to the small island of Levrnaka, which hides the beautiful bay of Lojena. If you are looking for a safe mooring, there is an ACI marina on the islet of Vela Panitula, but also there are anchorages on buoys in numerous bays that will provide you safety and a peaceful sleep. After enjoying the Kornati islands, visit Telašćica cove and the salt lake on Dugi otok.

The islands over which the Greek gods argued

There are other traditions associated with the Adriatic islands a little further south, and one of them involves the famous Greek gods. According to tradition, the Greek gods could not agree on which Croatian island was the most beautiful - Mljet, Korčula or Lastovo.

One god favored Odysseus' island of Mljet, another considered Korčula is the most beautiful, and the third one that Lastovo should take the crown. Zeus or Poseidon (sources mention both), one of the two, decided to end the debate and sent a representative to choose the most beautiful island. Legend has it that the representative emerged in the sea at the place where the islet of Glavat is now located, almost in the very center between these three islands. The envoy observed the islands for days and could not choose which one was the most beautiful, so the supreme god decided to punish him and turned him into stone , the island of Glavat. After renting a motor yacht in our charter center, you too can sail to these beautiful islands in the south and decide for yourself which one is the most beautiful.

The legend of island Silba and tower of love

You will discover another interesting legend. It's a story about love, patience and the harsh life on the islands. It is a legend from the beginning of the 19th century about Silba, a beautiful island in the northern part of the Zadar archipelago and its unique tower of love. The story says that a young man, Petar Marinić, lived there and was engaged to Antona or Antonija Maruo. Since Petar was poor, he decided to sail away and earn money for a life together with his beloved Antona, who promised to wait for him. However, the years passed, Antona waited, and when it seemed that Petar would not return, she decided to marry someone else. Petar returned after many years and among the many children he saw a little girl who looked like his beloved Antona. He found out that she was the daughter of the woman he loved. Allegedly, Petar then said that since Antona was not waiting for him, now he will wait until her daughter is old enough to marry her. Petar waited patiently and in the end fulfilled his promise. He married Antona's daughter, built a house and a tall turret from which they watched the ships and the sea together.

Galešnjak , the island of love

If you decide to explore this wonderful love story, then you should head north with a motor yacht from our charter center. When you leave our charter center on your way to Silba, you will pass another enchanting place - the Island of Love, Galešnjak. This island is world famous for its shape of heart and was included in the Forbes list of the most romantic places in the world. After renting a motor yacht in our center, this can be the first destination you visit. The island is surrounded by beautiful and clean sea. 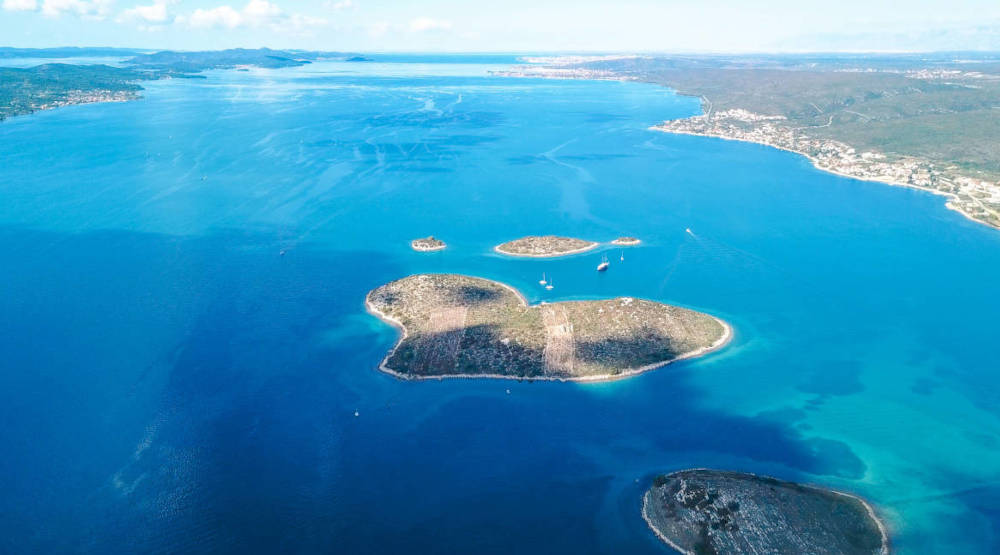 While sailing to Galesnjak, you will pass by the island of Pašman - one of the many inhabited islands of the Adriatic Sea. This island hides beautiful sandy bays where you can swim, as well as picturesque places where you can anchor and sleep safely. 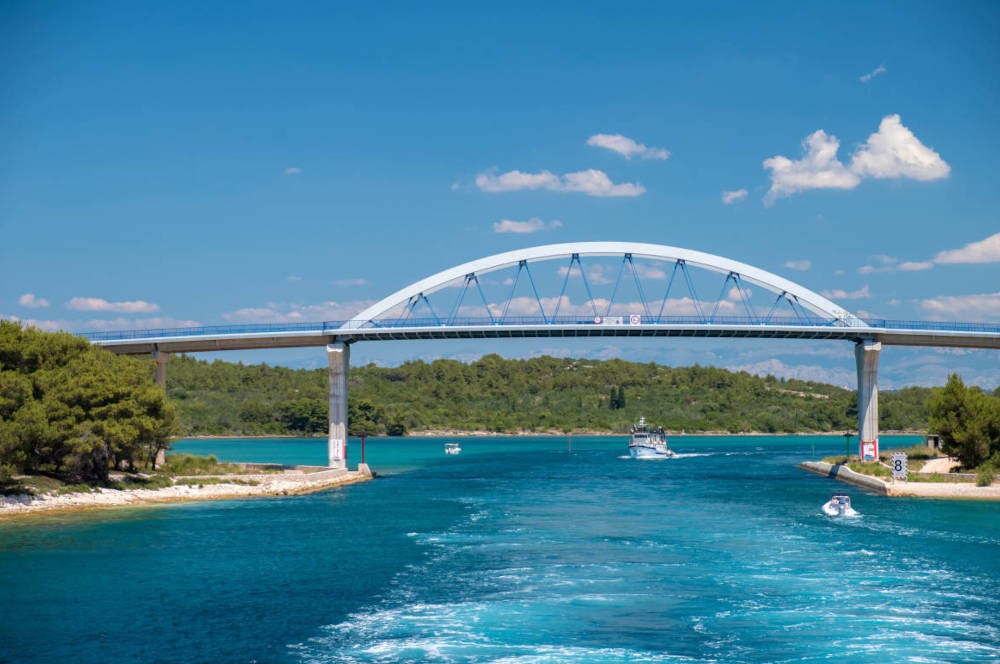 If you anchor in one of the places on the island of Pašman, be sure to visit one of the many restaurants and try local specialties such as fresh fish or shellfish. On the way to Silba, you will sail between the mainland and the island of Ugljan, which also hides an interesting history, and wherever you anchor you will experience a real Dalmatian adventure.

For even better vacation, we recommend hiring a skipper who will take you wherever you wish. Relax in the safe hands of the skipper and enjoy the legendary Adriatic islands, a place where the gods fought and where love reigns.