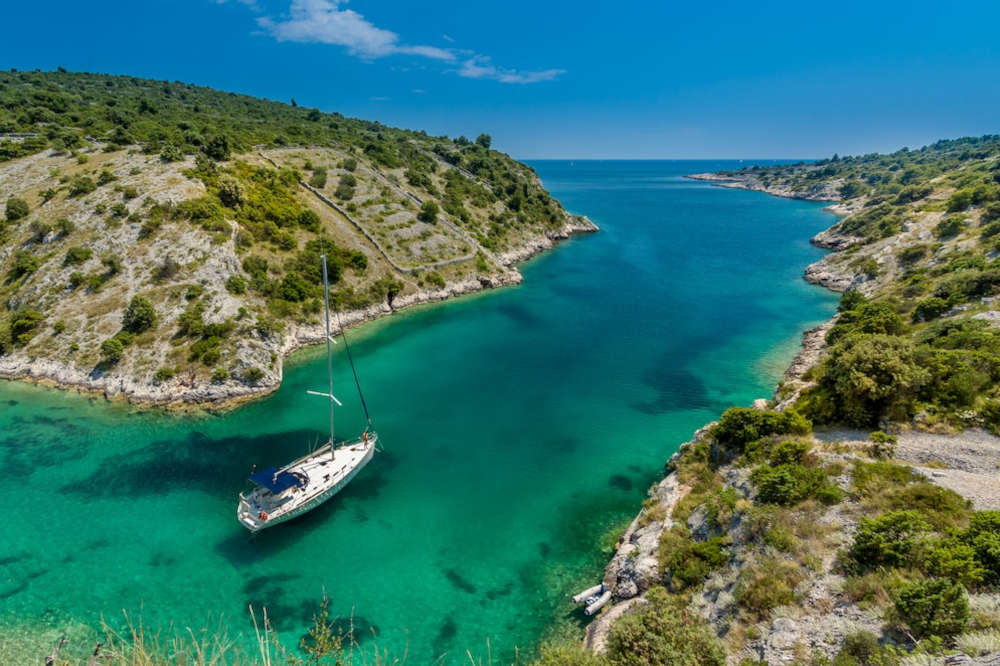 The south of the Adriatic hides many islands and islets that you should definitely sail to and visit. The simplest solution for island hopping in the south of the Adriatic is to rent a sailboat, motorboat, or a catamaran. This way you will be able to explore the beautiful southern islands at your own pace and according to your wishes. In this article, we reveal to you all the beauty and splendor of Elafiti islands and some other pearls of the south Adriatic Sea.

The Elafiti archipelago stretches between the south of Pelješac and Dubrovnik. Šipan, Lopud, Koločep, Lokrum, and many smaller islands are the stars of the southern Adriatic. 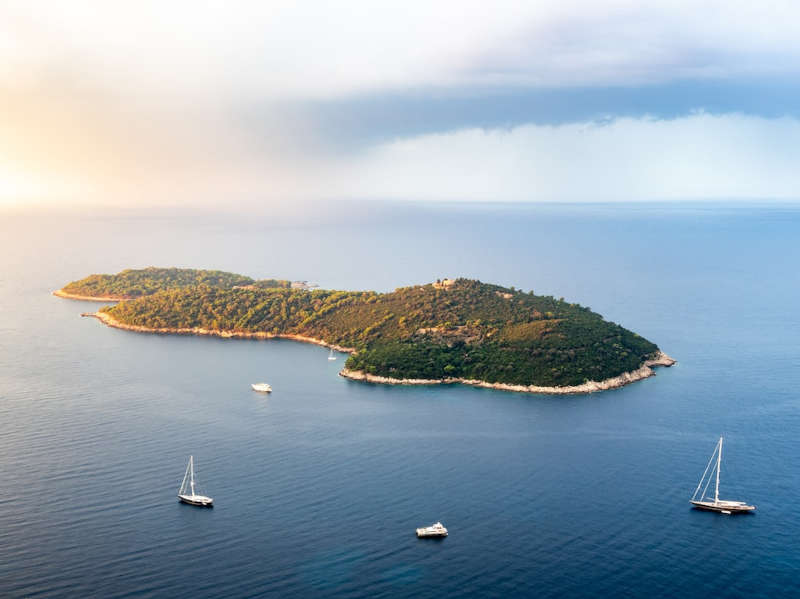 The name comes from the Greek name for deer - élaphos, because these islands were once a rich habitat of this noble animal. The islands are decorated with rich forests and other vegetation, olive trees, and beautiful sandy beaches and coves where you can find relaxation.

The island of Jakljan is an uninhabited green paradise

The island of Jakljan is the northernmost island of the Elafiti archipelago and is the third-largest by area, after Šipan and Lopud. This is an uninhabited island, which is why it has rich flora and fauna. There are many sources of drinking water on the island, which is why many serfs in the past brought cattle to this island for grazing, as well as the remains of the Benedictine church of St. Isidore. The island hides a lot of beautiful coves and is the perfect place to anchor.

The island of Šipan in the Guinness Book of Records

The island of Šipan is the largest of the Elafiti islands. It is included in the Guinness Book of Records for the largest number of olive trees per square meter, considering the size of the island. 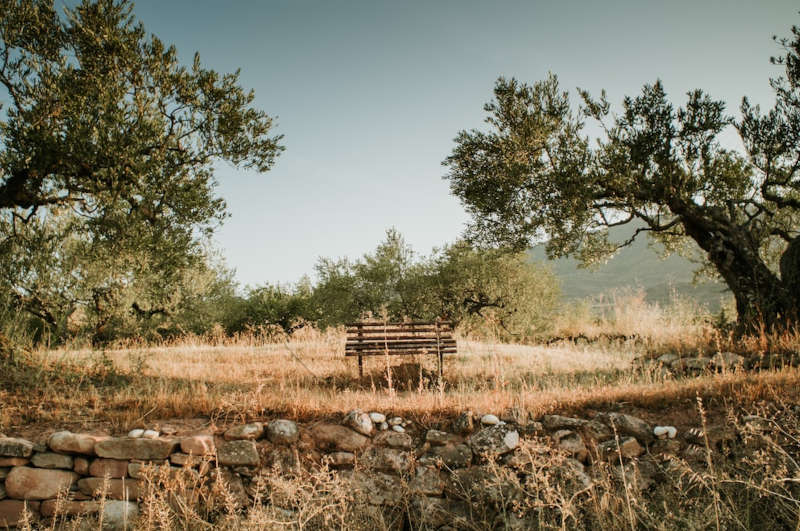 This island, due to its rich and high-quality soil and source of drinking water, was used as a field by the Republic of Dubrovnik where food for citizens of Dubrovnik was grown. The fertile plain continues to stretch across the heart of the island and connects two inhabited places - Šipanska Luka and Suđurađ. Throughout history, Šipan has been a favorite resort of Dubrovnik noble families, as evidenced by many old summer houses, 34 churches, and numerous chapels. Be sure to plan your anchorage in Suđurađ, where you should visit the summer house of Vice Stjepović Skočibuha, which will amaze you with its architecture and Mediterranean decoration.

The next island you need to sail to is Lopud – a green island with a rich heritage and beaches, and without cars. The most famous beach is Šunj, located in the southeastern part of the island. Discover this beautiful sandy beach with plenty of facilities and a crystal clear sea and join the thousands who were left breathless by this piece of paradise on earth. 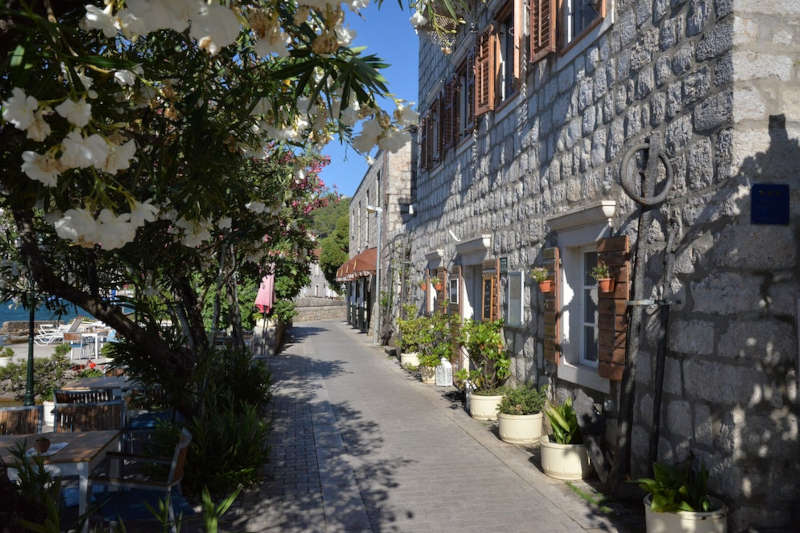 Lopud is an island without cars, which adds to its uniqueness. And here you can find evidence of a rich and powerful past and the fact that this island was an integral part of the Republic of Dubrovnik. Namely, there are numerous summer houses and palaces on the island, where the wealthy lords of Dubrovnik spent their free time.

Koločep is the right place to find peace

The island of Koločep, or Kalamota, as the locals call it, is the closest Elafit island to Dubrovnik. This is a small island paradise rich in centuries-old olive groves and pine forests, and the fact that it is in the south is evidenced by numerous palm trees that grow successfully and give the island a special look.

Beautiful sandy beaches and numerous coves suitable for anchoring are the reasons why this is the favorite destination of many yachtsmen. The island is home to the famous Green Caves and Blue Cave, as well as numerous other micro-locations where you can swim. You can visit the caves from the sea, so it's a good idea to rent a yacht, catamaran or motorboat and go on an adventure. 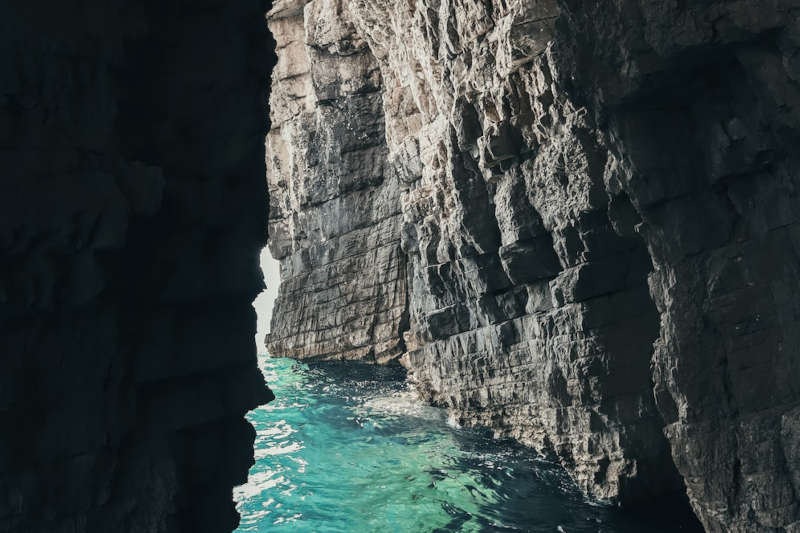 On the island, there are villages Gornje Čelo and Donje Čelo, which will delight you with a combination of architecture, charm, and true peace.

Lokrum – the green pearl of the south

In the south of Croatia, in the immediate vicinity of Dubrovnik, there is also the island of Lokrum. Only ten minutes away by boat, this green oasis in the blue sea is a favorite place for many Dubrovnik residents and their guests for swimming, enjoying and escaping from the hustle and bustle of the city. 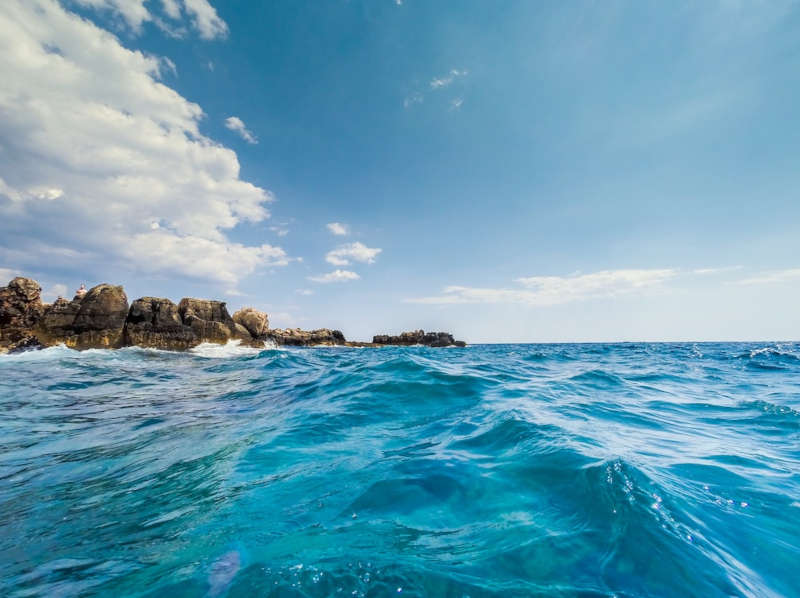 Due to its rich vegetation, this islet has been declared a special reserve of forest vegetation. The island has a unique botanical garden with over 800 species of plants from all over the world and a monastery complex. Like many other southern islands, this one also has several towers and fortresses that served the people of Dubrovnik for defense against the Venetians. You can climb Fort Royal and enjoy the view of Dubrovnik from a new perspective. The islet of Lokrum also hides a small lake - called the Dead Sea, where you can swim. Numerous beaches and coves are perfect for relaxing and enjoying the crystal blue sea. There is even a legend associated with this islet. Allegedly, the famous English king Richard I the Lionheart sought refuge and salvation on this island after a shipwreck.

Lastovo - a lonely island with a rich tradition

Lastovo is located west of the Dubrovnik islands. With an area larger than the previously described islands, Lastovo and Lastovo Archipelago includes as many as 46 islands, islets, rocks, and reefs and is the southernmost and most distant inhabited island in the Adriatic. Because of its natural wealth, the island has been declared a nature park. Because of its beauty, the ancient Romans called it the imperial island, and a legend says that the Greek god Zeus also considered it the most beautiful place in the world. Lastovo is surrounded by a clear blue sea and is one of the least light-polluted places in the world. 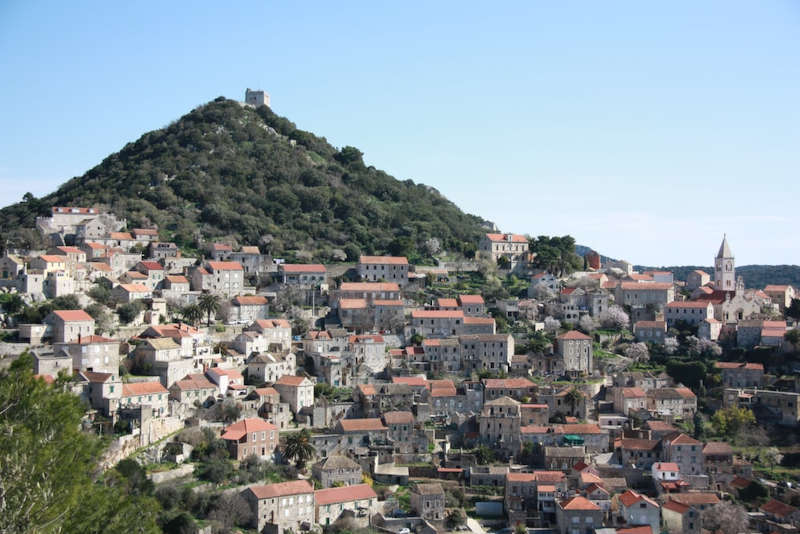 Throughout history, it has been the target of numerous attacks, both by the Venetians and the Moors, so it has numerous towers and walls. The town of Lastovo itself was built on a hill, not on the seashore, precisely for easier defense against numerous attackers. Such a turbulent past left behind a rich heritage and numerous cultural landmarks. Lastovo is known for the "Lastovo carnival" - a carnival older than 500 years, which was declared a Croatian intangible cultural heritage due to its value. There are numerous churches on the island, among which the oldest preserved church is of St. Luke from the 11th century.

Sušac and Palagruža are two pearls in the far south

At the end of our journey in the south, we left the islands of Sušac and Palagruža - two pearls torn from the other Adriatic islands. Sušac and Palagruža are abandoned offshore islands with only lighthouses. Lovers of Robinson tourism and anyone looking for an escape from the city can have a great a vacation here.

One side of island Sušac is inaccessible because it is surrounded by rocks, but on the southeast side there are many picturesque coves where you can swim and absorb all the scents and sounds of untouched nature and wilderness. 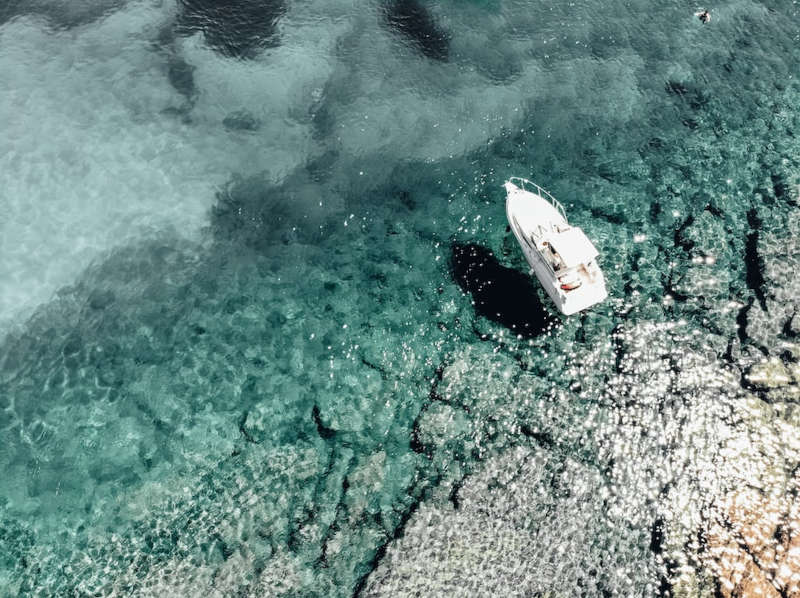 Palagruža is the most remote Croatian island and the closest part of Croatia land to Italy. On this small island there is also a lighthouse with a crew that withstands all weather conditions and readily welcomes visitors. You can rent a room in the lighthouse and escape from the city. From the top of the lighthouse, if the weather is nice, you can see the peaks of the Apennines. This adventure will be made possible by renting a sailboat, catamaran, or boat because you can visit all these islands and enjoy everything they offer.